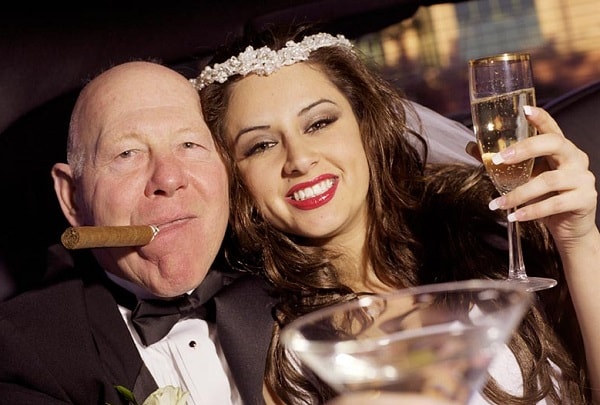 Browsing through Russian dating sites, you must have noticed that there are many 20 somethings looking for their life partners. If you are a middle-aged man, you might be worried and at the same time excited about this age gap. Actually, you shouldn’t be concerned about it because girls are attracted to older men and usually want their spouse to be 5 or more years older. Men, in their turn, want to have a younger and beautiful wife, so the difference in age is not a problem for both parties. However, an older man needs to be aware of certain things that can prevent him from dating younger women successfully. Here is an essential guide for those who want to overcome age difference and build a happy relationship.

1. Forget that she is younger

Of course, you’re older and you’re more experienced but you should never put emphasis on it. Treat her like your equal. Women mature faster than men, both physically and psychologically. She can be 23 but be smart and wise like an experienced woman. Respect her as a personality because if she notices that you view her as a trophy or silly girl, she’ll stop dating you.

Although today 40-year-old men dating 20- or 25-year-old girls are not frowned upon by society, still some haters might call you “sugar daddy”. Some men feel guilty for dating a younger girl because they are worried about how their family will react, what his and his date’s friends will think. There is nothing shameful in having a younger girlfriend. Moreover, it’s quite natural. Men are attracted to youth and beauty while women value maturity and reliability in men.

Don’t try to prove to her that you’re young and energetic by behaving like a teenager. The main reason why she decided to date you is that you’re nothing like her peers. Most guys in their 20s lack confidence, maturity, and resources. You have it all and this is you’re the most important asset. Pay attention to your style – you shouldn’t go and buy streetwear to look younger. Your attire should reflect your personality and status so wear the same items you normally put on when you go out on dates with women of your age.

4. Be young at heart

They say there are two types of age: the one indicated in your passport and the one you feel inside. You can be fifty but feel deep down like a curious and vivacious 20-year-old boy. And there can be a 20 something who has the soul of an old man. Dating a younger woman, you should keep in mind that she wants to experience new things and explore this world. You should share her excitement about the new things for her, although you’ve already experienced them in your life. Nobody wants to date a bore and a killjoy, so be funny, show your sense of humor, and radiate joie de vivre.

5. Don’t brag about your financial status

If you take your younger date to fancy restaurants and buy expensive presents, she may think you’re trying to buy her love, unless she is interested only in your money. It’s obvious that you’ve established your career and you earn more than your date. Different incomes mean different lifestyles. You should keep a distinct line between generosity and the desire to impress her. It’s important to resist the temptation to flaunt your cash. The girl may swallow that bait and think that you’re so generous because you’re really into her. But when you start spending less on her, she’ll think you’re no longer in love with her.

6. Be frank about your past

A lot of things can happen during 10 or 15 years that separate you. It’s understandable that you might have lived through several relationships, breakups or even a divorce. You don’t have to tell your date the whole story of your life at once but if you feel that the things are getting serious, you should tell her what she deserves to know about your past. By doing so, you’ll avoid awkward situations when the time to propose comes.

7. Don’t be protective or judgmental

Your life experience may urge you to educate your young girlfriend. This is what you should never do. The only situation when you can give her a piece of advice is when she asks you for it. If your parental instincts kick in and you start telling her what she should and what she shouldn’t do, it will turn her off and she’ll get disappointed in you. She wants to feel parity in your relationship. If you start acting like her dad rather than her boyfriend, you’ll gradually drift apart.

If she is young and active and you’re not a party animal, it’s a norm. She is just at that stage and you are already over it. You should make some adjustments to each other’s lifestyles. For example, you can hang out with her and friends or do some active things, and then she’ll spend the day with you according to your preferences. This way, you’ll not interfere with each other’s lives.

9. Don’t create jealousy out of anywhere

Do you know that only a weak and insecure man shows jealousy, dating a much younger woman? A young lady can forgive feats of jealousy only to her peers because it is quite understandable in youth, however, it’s impossible to say the same about a mature man. When a man is self-confident, he knows how to attract a young beautiful girl, having at least one ace in the hole and not forbidding communication with other men. If you don’t want to look like her father or show your dark side as a petty tyrant, scaring her at the very beginning, try not to be jealous.

10. Show your respect to her interests

So many adult men don’t learn from the mistakes of others and even don’t try to show their interest in a young girl’s life. Young women start their adult life, making experiments with spending their leisure, doing sports or finding new hobbies. It will be foolish of you to start laughing at her new desires and crazy ideas.  She can read a lot of books on self-development, decide to find her destiny or even to change her religious beliefs, she can be engaged in meditation or a new genre of oil-painting just because she is impressed with a movie about the French impressionist painters.  There are a lot of possible options in which a young soul can be interested at the same time because of the impact of the trendy moves. If you are one of these men dating much younger women who has lost the juice of youth and already forgotten these stages of growing up, don’t laugh at her and make her feel uncomfortable in your presence. Don’t forget that her youth attracts a lot of mature men and she is searching for an understanding and patient partner.

11. Have your own groups of friends

Remember that she is too young to take part in your friends’ conversations and you are too adult to take part in her peers’ talks. You have already forgotten how strange and noisy the unchaperoned parties can be and what stupid things students can do there. You will hardly find someone to talk about with and will wonder why does she like to attend such shindigs. The same thing can happen with her if you decide to take her to the golf club where you meet with your friends. You should understand in advance that to unite your worlds is not the best idea. You like each other and it’s quite enough to be together and there is no reason to try to cover all spheres of life, dating someone much younger.

12. Cope with her insecurities

Even if she seems self-confident, it doesn’t mean that she has no doubts or insecurities. Young girls reflect on so many things like, “What did he find in me?”, “Does he like me or he needs just sex?” If you are interested in her as in a person and doesn’t perceive her as a one-night stand, tell her that and help her cope with her fears. You should still remember, dating much younger women, that they are very sensitive and romantic, they believe in fairy-tales, so don’t tell them things that you are not going to implement, at least in the nearest future. For example, you are not going to marry her, so don’t promise her that.

Talking about you as a couple, you are mature and she is not, so it’s you who should control her within reasonable limits, support her in everything and teach her different life hacks. It’s quite usual that a man is a leader, especially if his partner is much younger, so it’s a quite common thing, which you should just take into account.  Both partners should show their strongest sides and patience at the same time, to make the relationship happy.  Show that you like her not just because of sex but also because she is an interesting person if you want to keep the spark alive.