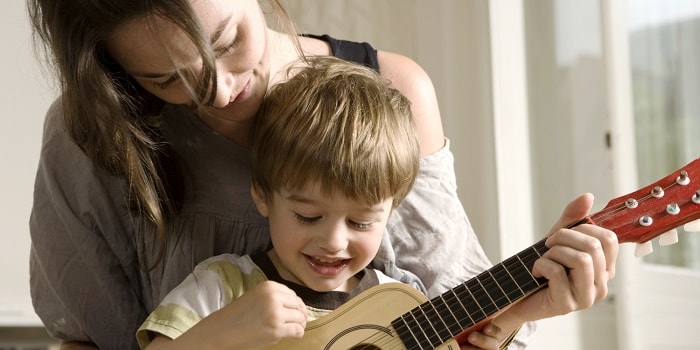 While it may seem strange that single moms are dating, because they have a child that they have to care for, but considering the fact that there are millions of them in the world it does make sense. But there is a question that must be solved: what makes men want dating a single mom?

What Makes a Single Mom so Special?

The answer is way simpler than you might have thought, as there are two main aspects that make single mom stand out. Single mothers are strong, and, let’s be honest, men like strong women. At the same time, single mothers are vulnerable in the very female way, and men like their women being vulnerable.

The fusion of those two aspects is the answer to the question what makes men dream about dating a single mom. But let’s see how strength and vulnerability affects single moms dating. First, let’s have a deeper look at why they are vulnerable and why they are strong.

Why Single Mothers Are Strong?

Single mothers are strong because they have survived the betrayal of their husbands. Even if the reason was not infidelity, accepting that your family falls apart requires courage; accumulating enough power to take care of the child on your own requires power.

Mainly, a single mother is a worker of the year, a perfect mother and a perfect housekeeper in one person. Just understanding that you have to take care about everything on your own can easily make you stressed, but a single mom has no time to waste on being stressed or depressed. The reason for her successful carrying on is her child.

This can hamper relationships with men, and does prevent single moms from dating for a while, because a single mother is ready to sacrifice everything and anything for her child. The child is the central figure of the single mother’s life and is her top priority. Caring about her romantic life becomes secondary for quite a while. No need to worry though, the recipe of conquering the heart of a single mother will be provided in this article a bit later.

Why Single Mothers are Vulnerable?

At first, it is really hard for single mothers to start dating again, especially if they have experienced betrayal. Once you’ve experienced betrayal you find it very difficult to start trusting people once again, and it works for both men and women. As soon as single mothers start dating, they become vulnerable to this relationship, as they cannot believe completely that they can love and be loved once again. This means that they are most likely to be kind and nice with their new boyfriends.

Everything You Need to Know About Single Mom Dating

Dating as a single mom can be complicated. For the first few months or even years the words “single mom” and “dating” seem like something that doesn’t go hand in hand. Single mother is completely devoted to her child and her daily routines and is unable to imagine herself dating. You really need to know how to date a single mom, before trying to approach her. Moreover, you need certain tips for dating a single mom successfully.

You need to start discreetly, as it was mentioned above, it is really hard for a single mother to love and trust people once again. You don’t need to push on her and you need to follow certain rules in order to accomplish it. So, without further ado, let’s check the major tips for dating a single mom.

The first step in understanding how to date a single mom is the understanding that her time is mainly devoted to her children. You are not in the position to demand her time, as she may feel that you’re a threat to her child. On the plus side, she won’t demand too much of your attention too, but she will be grateful and you would most likely win her heart if you ask, from time to time, whether she needs your help in something.

Get Used to the Supporting Role

Accept the fact that her child has the leading role. You mustn’t stand between her and her child, and the worst thing you can do is to make her choose between you. Doing so is useless from the very start, as she will definitely choose in favor of her child. Understand that the kid is someone who came from her womb, and the kid was around her long before you. The wise decision and the winning tactics is to show her that you understand that her kid is everything to her and, once again, ask if you can be of any help.

Interfere in Upbringing Only if She Asks You To

If you are dating a single mom, it is mostly likely that sooner or later you would like to give her some advice on child upbringing. Well, forget about that if you don’t have children and… well forget it, okay? Because it will ultimately lead to you becoming her  #1 enemy. Want to be her #1 friend? Don’t nose into her relationships with kids, and give her an advice only if she asks to. Still, better think twice before doing so.

Her Ex Husband Maybe Around

Yep, her ex may not be dead and she may not have the full custody of her kids. Thus, you may meet your girlfriend’s ex husband from time to time. Rule #1: Don’t interfere in her relationships with him. If she needs your support, give it to her, but don’t play any games of trying to show her that you are better than he was. He is already the past, you are her present and, possibly, her future.

Rule #2: Don’t interfere in her ex’s relationships with a kid. That guy may be her ex, but he is still the father to his children. Thus, don’t try to win the kid’s trust by showing yourself as a better candidate for the role of his or her father. This game has very high stakes, but the risk to lose is even higher.

Don’t Force Her Kid into Liking You

This is the most typical mistake of men who are dating a single mom. This is the easiest way to lose both the fight and the battle. Most likely, you won’t be able to become friends with her child if you would try to force the kid into liking. And most likely it will upset your single mother girlfriend as well.

The kid has lived for some time alone with his or her mom. It is typical for the kid to be jealous. Mostly, single mom’s children consider you as an intruder into their perfect world. There were two of them in the world, he/she and his/her mother, and then came you… It is really unlikely that they like it.

The best way is to allow your relationship with her kids to develop naturally. Stick around and sooner or later the kid will get used to you, and maybe even like you.

Let Her Trust You

Last, but not the least, you need to show her that she can trust you. Be responsible to her, be caring, be understanding, and you will definitely succeed in dating a single mom.