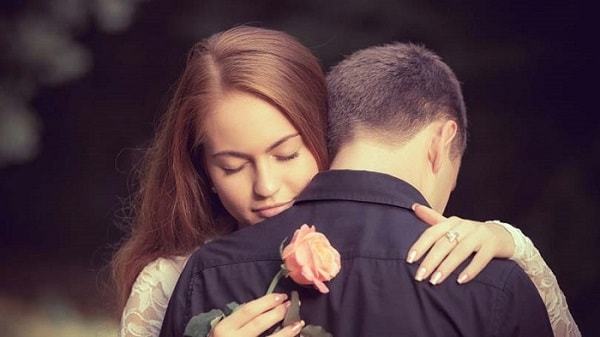 There is a saying that all ages are under the influence of love. And there is some truth in it. Of course, a person can fall in love at any age but this love is not always successful. For example, a relationship of a young girl and an adult man is a rather complicated matter. Many men like young girls at the age of 18-23 years. They have different reasons for it, but most converge on one thing — young girls are pretty, sweet and naive. But a relationship of people with an age difference is always more difficult than a relationship of peers. And most often it turns out that such relationships are just entertainment. Men’s view on relationships with young girls is the topic of this article.

What is men perspective on serious relationships?

How do men perceive relationships? Initially, getting acquainted with a new girl, every man expects a short-term relationship. No man seeks to settle down with one woman (unless he sets his life for the sake of the family as his life goal). Men are polygamous by nature and are quite happy with it. They consciously don’t look for the ways of losing freedom except for men who are incapable of such behavior for whatever reasons or follow the strict rules of their own morality that don’t allow it. More often there are cases where men talk about their intentions to build long-term relationships only in order to get sex from a girl. This practice is more common than the initial search for a spouse.

Every man is a hunter. This quality is manifested in communication with a woman more than in any other situation. It is important for a man to win a girl over. Therefore, many women know that they shouldn’t quickly allow men to get what they want. Sometimes this gives physiological satisfaction to men. However, most likely, men will not be ready for such young love relationships because they want everything here and now. But there are exceptions when men just lose their heads over young girls. If you are one of such men, then it is appropriate in this case to talk about male perspective on serious relationships with young women.

Why do men choose such kind of relationship?

1. Men feel confidence in their sexuality

It is very important for men to feel their sexuality. Therefore, choosing women who are younger than they are, they begin to believe in their irresistibility and ability to interest these young ladies. Men feel like superheroes able to satisfy any woman being next to young girls. In addition, sex with a young girl who can prove that you are still at the peak, can do much in bed, can surprise her and teach something new only gives them confidence in sexuality.

Young girls can easily arouse in men one of the components of the personality structure in the theory of Freud. How? Men feel young with young women nearby. They become more active and raise their status in the eyes of friends and acquaintances. Like “Look what a young girl I have. It means that I’m still worth something!” But there are more hidden meanings in this — men who want to raise their ego at the expense of young girls are just insecure and desperate and are afraid to admit it to themselves.

What is man’s perspective on relationships? They think that when a girl is younger, it’s easier to change her for themselves (not everyone, of course). An adult man is sure that he can reason with a young lady, teach her intelligence and turn her into a personal servant who will only look at him, keep silence and do whatever he asks. But this is a serious misconception — people don’t change. Young girls can only pretend and be easy-going in order to please an older man. But as soon as the opportunity appears, they will show their claws and go away.

4. Men think it is easier to charm young girls

They say that young girls give in to the charm of older men easier. That’s right. Such men already know how to care about women and money makes it possible to be the head in a relationship. And if you have an apartment, a car, a good salary and don’t look like an old man — a girl is completely at your disposal and ready to introduce you to her friends.

This is one more male perspective on serious relationships. The more a girl is younger than a man, the more she perceives him as a Man. He is an authority for her. He will give practical advice and she will follow it. Nothing pleases a man so much as a sense of his importance, authority, wisdom and when a girl follows his advice. And this is a huge plus in comparison with women of the same age or women who are older than men, because adult women know how to lead in certain situations and it is almost impossible that these women will listen to men.

It is clear that young girls look better than older women (and again, don’t take this as the untouchable truth – some women of 35-40 years look no worse than girls of 20-25 years). Men understand this perfectly. What could be better than a young, beautiful, and fit body that is available to you at any time of the day or night? Probably there are no such things. However, it’s a matter of taste — someone likes women who are overweight, and someone – skinny ones.

From the men’s perspective on serious relationships it is understandable that whe
n a man is no longer young, he has no children, he was not married, and he wants all this, it is clear that he will look for a young girl who will be able to give him healthy children. So, he goes on a hunt in search of fresh “meat” and has the desire to find some girl who can give birth to a baby (maybe it sounds wild and strange, but it’s a fact). So, here we can understand male perspective on long distance relationships. The statistic shows that men don’t like such kind of relationship because sooner or later they start thinking that it is forever and they will never have a good family.

Why do girls choose older men?

The feelings of a man to a girl, even if the difference between their ages is very significant, can be explained by different factors and we showed them to you.  And now it is time to figure out why girls choose older men.

– The very first thing that comes to mind is material prosperity and stability. And since almost all peers still depend on their parents and girls want a little fairy tale, romance and gifts, adult and independent men (independent in financial terms) are just perfect candidates.

– The second reason is that a man seems to a girl smart and experienced in life. In principle, it is so. And after an overabundance of communication with peers, who have rather superficial views on life, an adult man simply fascinates a girl with his seriousness, intelligence, and outlook.

– Girls want to feel that they are just girls and not just “buddies” in the company of peers as it often happens. And adult men already know how to take care of women, so girls feel just like princesses next to such men.

– Some girls have more mature vision of life than their peers. And, therefore, not finding understanding from their peers, they are looking for it from more adult men who can appreciate their intelligence and views on life.

Advantages of relationships with young girls

There are a lot of couples in the world who have overcome all the difficulties of living together regardless of the age difference. Sometimes such unions are much stronger and more reliable than those relationships where a man and a woman are peers. So, what are the advantages of an unequal relationship?

If a man is much older than his woman, he is very proud of his young soul mate and is afraid of losing her.

Hence his constant signs of attention and attempts to keep a young girl next to him. And, you know, any woman is very pleased when she is so highly valued and protected. It is unlikely that a man whose woman is younger decides to cheat, because a beautiful, young and sexy wife waits for him at home. And why will he look for adventures on the side, if a young and resilient body full of fire and passion is at his disposal? Of course, there are exceptions. But the difference in age is nothing compared with other, more serious things. In a relationship where a man is much older than his woman, male infidelity is a very rare phenomenon.

One of the significant merits of a relationship where a man is older than his woman is that a man has a rich life experience.

He is no longer as reckless as he used to be in his youth and he is well aware of what needs to be done to save a relationship. Unlike young guys, he will carefully guard his family hearth against quarrels that are capable of destroying relationships. He knows what PMS is, knows what gifts women love and what they expect from a man in bed. In addition, such a husband is a great adviser. He is wiser and more prudent than her peers. Of course, young people are surprisingly perspicacious and intelligent in our time but they don’t have patience and flexibility. It’s just those qualities that come to people with experience.

As a rule, most men over 30 have already gained financial stability.

They are able to provide for their young companions and ensure a decent life. There is no need to save money on an apartment and a car. Men usually manage to become successful and financially independent by this age. As a result, a woman gets financial stability and can easily study, make a career or do what she likes, without fearing that her needs will ruin the family budget.

The less a girl is experienced in the intimate life, the less it causes anxiety about her past.

Sincerity and naivety that are inherent to young girls, can return a man to his youth and first love, inspire mad actions and wake up a whirlwind of emotions.

Every relationship is unique in its own way. So, don’t be afraid to love. All the difficulties are easily correctable if there is a person for whose sake it is worth trying.

There are many happy couples with an age difference in the modern world. In order for such a relationship to last long, it is necessary that men and women have similar psycho types, common interests, and love each other. If you are in love for real, then all the problems and complexities of unequal relationships can be overcome. It is important to remember that there is true love in the world! And as we know when it comes to love, it’s never too late. True love is possible between young women and men who are older. When there is true love, people create families, give birth to children, and live happily. Everything is possible. It’s always important to remember what you want and build the relationship that you want. This is our young relationship advice for you.