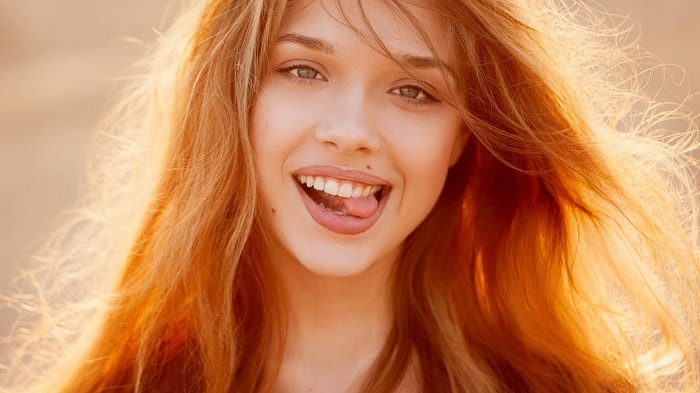 Most women want their partner to be a few years older than them. As you can remember from school, girls mature faster than boys, both physiologically and psychologically. It’s natural that they are drawn to older guys who seem to be more mature than their peers.

This tendency goes on in adult life. Girls in their early 20s feel attracted to men in the late 20s or early 30s. They believe these guys are more established, mature, and interesting. Since women tend to view all men as potential partners, older men, who are reliable and self-sufficient, seem better candidates for them.

Older men dating younger women are a commonplace. There are many suppositions as to why men date younger women. Most of you might think that men are just drawn to the beauty and freshness of younger girls. However, there are more solid reasons for it. It’s much harder for guys in their 30s or 40s to find a partner of their age simply because most peer women are already married. For many older guys, the idea that younger women don’t have that baggage sounds appealing.

Experience. Here we speak about different aspects of life. Age is usually associated with confidence and a better understanding of personal needs. Men after 30 have established their careers and become financially independent and secure. They’ve been through many different situations that made them who they are now. They’ve had relationships, both happy and unsuccessful and they drew the conclusions. They know what they value and know what they want. They have patience and confidence – two masculine qualities that women find very attractive.

Security. Many girls in their twenties are ready for a family life. They want to get married and have babies. They realize that they need a man who’ll be able to provide for their family. Guys in their 20s only start their career paths so they don’t have a stable income. Older men are more financially secure, so women are more willing to view them as potential husbands.

Romantic experience. Younger girls dating older men basically want to feel like princesses. Older men know how to treat women. They’ve had short-term and serious relationships with women and that made them experienced. They are not only better lovers, they understand women better.

Serious intentions. There are fewer players among older men. It’s natural that women tired of immature peers want to date older guys who are ready to settle down. For every man there comes the time when he finally wants to enter into a serious long-term relationship. Usually, it happens after they’ve tried the things they wanted to and devised their vision of a perfect wife and family.

Better taste. We get to know this world by trial and error and older men have an advantage over younger guys since they’ve had more time for that. Older men tend to be pickier in terms of people, food, clothes, travel destinations, etc. They are not after trends and fashion, they are after quality. They know what is better and they can afford it. Also, they realize that expensive is not always quality and there are things that are not worth money spent. Their experience allows them to make the right choices and demonstrate their sophisticated taste that definitely attracts younger women.

Healthy lifestyle. Age teaches us to value the precious gift – our health. This is not to say that older men don’t drink or smoke. They do but they know the limit. Many of them are engaged in sports in order to keep fit. Apart from their job, they usually have interesting hobbies that help them live a balanced life. As an older man dating a younger girl, you should demonstrate an example of how to take care of her own organism.

Different interests. Older men don’t want to waste their time discussing shallow topics. Many girls can’t stand guys who gossip about girls and talk only about technology and cars. Older men stand out from that young crowd because they are more interested in politics, psychology, culture, and traveling. Women like to listen to their meaningful stories.

The unequal unions were a usual thing centuries ago. Today, the format ‘young girl dating older man’ is quite popular too. You already know the reasons behind girls dating older men. And, contrary to a common prejudice, man’s financial status is not among the priorities. The same can be said about the men dating younger girls. They are not mainly after their beauty and firm bodies. They have more solid reasons too. Younger girls and older men make good couples because they complete each other. So, what are those things that attract a mature man in a younger woman?

She sees him as the Man. The younger a woman is, the more masculine and mature a man appears in her eyes. For her, he is the Man. He has a certain authority by default in comparison with her peers whom she views as equal. He seems to her stronger, wiser, more experienced, and more responsible. She looks up at him. Men like and appreciate it very much because the women of their age don’t recognize their authority very much. They (women) are mature and experienced in the same way, so they don’t perceive men as better than them.

She likes to be near a successful man. Younger girls who like older men are attracted to their established lives. It may sound like they are attracted to their finances, but it’s not really so. They appreciate man’s reliability and security. It’s extremely important for the well-being of the future family. A young girl has hardly achieved the things that a mature man has already accomplished. For her, his financial security is an important factor. A mature woman can have an established life too, so man’s financial status has little importance to her. Men need to feel their significance and they like to have a woman who appreciates their success.

She makes him feel younger. A relationship with a younger woman feels like going back to your 20s. A man wants to look good next to a young woman, so he pays more attention to his appearance. He recalls what he did to impress ladies when he was younger. This he relives his best years and definitely feels better.

Pros and Cons of Unequal Couples

Unless the relationship between a younger woman and an older man is based purely on financial interest, unequal couples are often successful. Two main conditions for a perfect match among “younger girls-older men” are psychological compatibility and love. An unequal couple has a lot of advantages.

Financial security. Yes, again. Men over 30 have a regular income and are able to provide for themselves and their prospective families. It means that their relationship will be free of money-related conflicts.

Stability and peace. A mature man realizes the importance of a peaceful atmosphere within the family and he does his best to keep it. There is a saying that if a woman is happy, the whole family is happy. If she has an opportunity to develop professionally or get an education (without detriment to quality time with her family) and her man facilitates her dreams, this will only keep a healthy ambiance in the couple.

Children. According to psychologists, a mature man is ready to become a father and take all the ensuing responsibilities. He’ll appreciate his kids much more than young parents.

Patience. If a man is more experienced than a woman, this will benefit their relationship. He is more flexible and tolerant and able to compromise.

There also some cons. The first one is the reaction of your family and friends. Unequal couples are often frowned upon. You should learn to deal with it.

The second disadvantage is different interests. Since you are separated by the age gap of 10 or more years, your lifestyles and interest may differ. But if you find a compromise, that’s OK.

How to Date a Young Girl

There is nothing unusual about older men dating younger women. That age gap is often beneficial for a relationship. If you’re interested in dating women that are several years younger than you, you should know how to treat them in order to build a successful relationship.

First of all, you should forget about your age difference. This is the most important older man-younger woman relationship advice. Treat her as a mature personality and never try to demonstrate that you know this or that better.

Secondly, you should be yourself. Why do women like older men? The answer is: those can esteem themselves adequately. A grown male knows what his strengths and weaknesses are and he can use them properly. So don’t try to act like her peers. She fell for the man, not for the boy, so be cool.

Be honest. You have more years behind which means more experience. You don’t have to tell your biography, simply tell your girlfriend what she should know about your past in case things are getting serious between you.

Don’t listen to others. If you think about dating younger girls, you probably know about its downsides. There will be some people from your surrounding (family, friends) who will not approve of your relationship with a younger girl. Follow your heart and don’t let other people’s opinion prevent you from being happy.