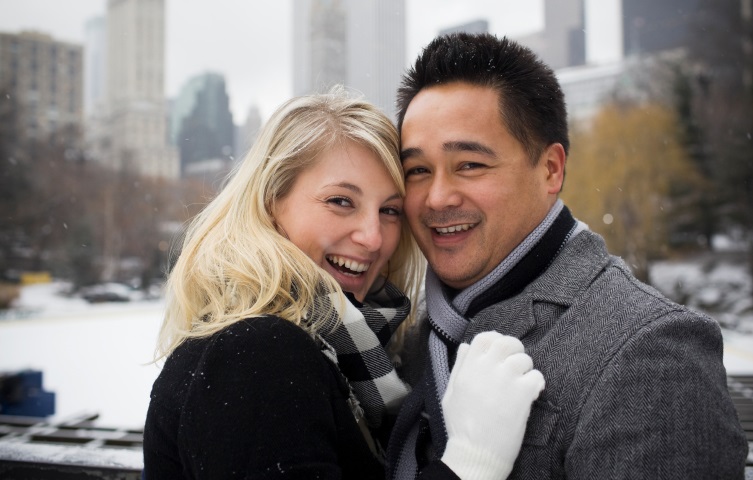 It is not so easy to talk about the features of the mentality, especially in terms of an attitude of one nation to another one, making an honest insight. You can wallow in endless demagogy because in the final analysis, everything depends on a particular person, not his/her nationality.

What kind of man do Russian women want to see next to them?

If a man is romantic. If he is able to show his feelings, strong emotions, and experiences. If he is unpredictable and spontaneous in a good sense.

If a man has a sense of humor. A gentle irony, lightness, and the ability to turn any unpleasant situation into a joke are invaluable advantages of a man.

If a man is loyal. A man who looks at other girls is not worth the girl’s attention. Adultery in the traditional sense is off the table.

If a man is an interesting company. If you dream about Russian women dating, remember that girls like smart and well-read men. They admire their knowledge and fascinating stories.

If a man is generous. It is not about the amount of money (contrary to popular belief) but about not being a stingy person in relation to the woman.

If a man is good-looking. A man should not necessarily be handsome and have a wonderful figure but the cleanliness, care of clothes, and personal hygiene occupy the top places on the list of women’s priorities.

If a man can be called a “real man”. This definition does not fit into a single scheme and does not lend itself to a general explanation. After all, every girl has her own real man who is her one and only.

Nevertheless, do Russian women like Asian men? Of course, Asia is infinitely diverse in its features and nuances. One country is not like another, just like one person is always unique. However, Asian men and Russian women have common features in their views on life that can help give the answer to the main question.

What does distinguish Asian men from other people?

Attitude to life. Their intuitive connection with nature and sincere belief in God make Asian people calmer, smiling, and accepting themselves. It is about their life’s wisdom. Not having received satisfaction from the standard values of life, the good part of European people at a certain age begins to read philosophical books, asking questions about the meaning of life, while Asians do not usually worry about it. They understand from birth that apart from the physical world, there is something else and they do not need proofs and logical justifications for this fact. Many of them want to meet a Russian woman who will share their attitude to life.

Asians like money, but their happiness and self-satisfaction clearly lie in a different dimension. They can feel satisfaction even when they do not have a lot of money. They just do not put a sense of joy on one scales with a financial well-being in their lives. This is their obvious advantage which can help in the desire to marry a Russian girl.

Creating a family. In general, in Asia, there are not so many divorces compared to many countries of Europe and America. Here, it is commonly believed that marriage is for life. Of course, morals are changing, but the most important things remain permanent. If an Asian man decides to marry a Russian woman, he knows that they can create a happy couple having the similar views on family. Asian men are devoted family men who love their children very much like Russian women. Are Russians Asian? They surely have common features!

Modern couples tend to have their own houses, but family ties remain very strong. Here, no one cultivates individualism that is customary in the West.

The positioning of oneself. The relationship with religion and god, in which they believe unconditionally, makes them “different”. They initially understand that they are not alone in this world, preferring to go with the flow and enjoy the landscape of the “shores” than actively rowing in nowhere.

Of course, they also can be superficial, passive, lazy, but they have a unique ability to accept themselves unconditionally. Their degree of self-satisfaction is clearly higher, which allows them to remain in balance with themselves and the surrounding world regardless of external circumstances.

Therefore, the answer to the main question is affirmative. If a Russian girl and an Asian guy have the same view on family, their future relationship will be stronger and happier than some others’. If you want to meet a Russian girl and create a family, remember that you should correspond to her vision of the real man. Then, your life will be filled with bright colors.